The law office of Gary Levine and Susan Htoo, P.C. concentrates in the practice of estate planning and elder law. Areas in which we render advice in order to obtain maximum advantages and/or to accomplish the orderly transfer of interests include: 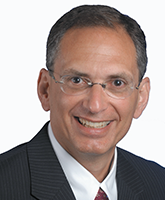 Gary Levine enjoys a regional reputation as an estate planner and elder law attorney. He hosted his own talk radio show and appears regularly on local TV. Gary lectures around the TriCounty area and has been an invited speaker on elder law and estate planning issues at the Dutchess County and NY Bar State Associations’ Continuing Legal Education Program for attorneys.

In addition to his law practice, Gary is an instructor of Estate Planning at Marist College in Poughkeepsie, New York, and has been an advisor to the College’s Certified Financial Planner program.

A 1979 graduate of Benjamin Cardozo Law School in New York City, Mr. Levine is an attorney in good standing, admitted to practice in the states of New York and Florida, and in Federal Court, Southern and Eastern Districts of New York State. He is a member of the Dutchess County Bar Association and a member of the New York and Florida Bar Association Sections on Elder Law, Trusts & Estates. 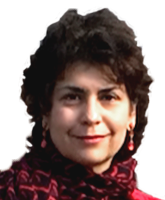 Susan Htoo is an attorney who has lived in Dutchess County for more than 40 years. She graduated from Arlington High School in 1972, and in 1976, she graduated from Bates College in Lewiston, Maine with a degree in American History. Susan attended Albany Law School on a full academic scholarship and received her Juris Doctor in 1980. She was admitted to practice in the state of New York in 1981. In the same year, she was admitted to practice in Federal Court in the northern district of New York State.

In 1987, she and attorney Gary M. Levine established a law partnership and have been practicing in Poughkeepsie for over 20 years. Susan has been practicing both public and private law for the past 25 years. Prior to private practice, she held various legal positions in the NYS Education Department and the NYS Office of Developmental Disabilities.

Susan has also been active in the community, having served as Panel Judge for the Moot Court Competition at Pace Law School, as a panelist for the Surrogate Decision Making Committee for the Mentally Disabled, and as a Board member for the Red Cross.

It's never too late to plan, even if you're in or about to enter a Nursing Home.